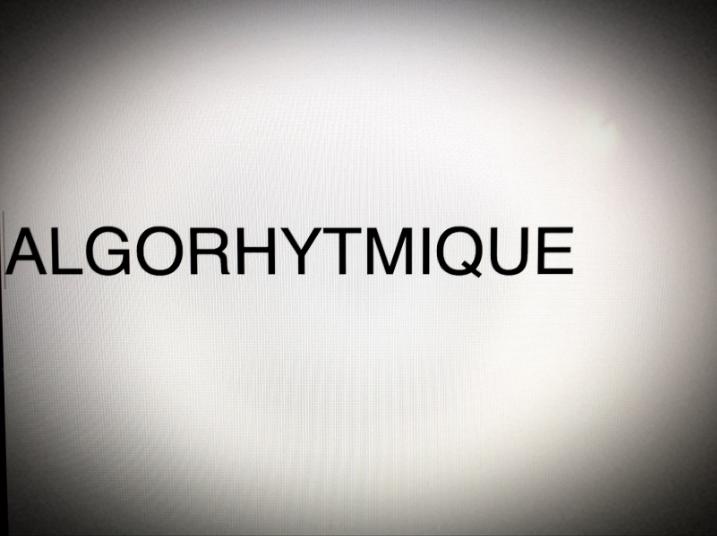 Have you read couple report on the concert? I heard they have different set list on each venue. Also they sing their new song 「夢1号」 *lucky to those who went there* ^_^

I love their design for the goods.. looks so algorhytmique with the algorithm flow chart but using music term (those who studied computer science must be familiar with the flow chart symbol) XDD

Btw, just to remind you all.. our project is still on.. details here >> http://nicotouch.livejournal.com/32478.html
The deadline will still in the end of this week which is 6th Oct..

additional: Got an input from a friend.. let us give you a guideline that might can give you inspiration on the letter..
just answer these question below:
1. when was the first time you know NICO?
2. what was your 1st song?
3. what was your 1st impression?
4. what's your fave song?
5. what do you like from NICO?
6. what are your wish for them?

message for personal member:
- Micchan:
- Furukun:
- Sakkan:
- Shokun:
Just include your photo with name & country..
how's that sound? did it help you to write?

Algorhytmique tour is about to start. Some of us might have the chance to see them live. But for those who don't, we still can convey our feeling to them. We are planning to have a fan project and we need your help to make it happen.

Just a simple project tho, only a scrapbook with photos and messages. It will be handed to them on 11th October 2012. So just send your photo/message/letter to nicoproject2012@gmail.com. Let's express our love to the boys..

The photo can be anything. It can be a photo of you and some specialty from your country (hoping that someday they might come to your country) or you and your NICO collection. Even you can just take a photo of you holding up a sign with a short message to the boys. Anything!! Anything that shows how much you love them. The minimum size will be 4x6 inch (1205 x 1795 px) and at the most 5x7 inch (1500 x 2102 px). You can send max 3 photos. We'll try to include all photos you send to us.

The message/letter can be written in Japanese or English (we can help you to translate into Japanese for the short message and will include both versions at the scrapbook). You can typed it or just simply scan you handwriting. You can also include some fan-art with it.

As simple as that but don't forget to write your name or nickname and your country so they can tell that their music reach people all over the world..

Looking forward for your participation!!

*additional note: kindly not mention about nicotouch.livejournal at your message/letter/photos. we want to keep it low.. thanks

Rock band NICO Touches the Walls will be releasing a new live DVD, titled ‘Ground of HUMANIA 2012.3.20 IN MAKUHARI‘, on July 25th!

The live DVD will feature footage from NICO Touches the Walls’ one-man live on March 20th at Makuhari Messe Event Hall. This concert was held as a part of the band’s nationwide tour to commemorate the release of their latest album, “HUMANIA“.

Additionally, the first press edition of the DVD will come as a 12-inch analog version with a 48-page booklet. It was reported earlier that NICO will hold a free live at Yoyogi Park Outdoor Stage on the release day of their new single "Natsu no Daisankakkei."  There will be a priority area for those who purchase the single or digital version.  Today, they revealed that the concert will be streamed live on Ustream . Do catch it if you can!

Well, that's the gist, but if  I missed anything, feel free to make corrections.

**UPDATE 2**
Sorry guys...my bad. Live will be shown via lismo au users only.

new PV of 'Natsu no Daisankakkei‘ is up on youtube!!!!
and a Summer-tour has been announced on their mobile site!!!!

*could someone rip this?? mine doesnt work somehow…

EDIT: here are the tour-dates!

CDJapan sold out on pre-orders for the "NICO Nico Pack" just half a day since they listed the item, and less than 24hours since the release was officially announced.  According to them, Sony won't be able to accept more orders and the only way for it to be available again at their store is if one of the 10 customers cancels their order.  Fortunately, HMV started listing this limited package!  Just like CDJapan, only one copy of the set per customer.

Keep in mind though, NICO tends to do UStream on Sundays following their CD/DVD release.  They also require a code inside the CD/DVD for you to watch it. HMV did not ship my HUMANIA album on Monday like they (and CDJapan) usually do, thus not making it in time for that Sunday's Ustream. It's not an isolated case since this also happened to someone else. This week I'm expecting some items from them, one to be released on 3/28, and again, no email confirmation it was shipped already.

An official announcement has finally been made for NICO's upcoming single CD release~! "Natsu no Daisankakkei" will be released on May 16!  At the same time, NICO will release their 2nd PV compilation dvd, "Library vol.2."

It has also been revealed that Furumura Daisuke(Gt) recently gave songwriting a shot and his very first song will be the coupling song titled, "Yuudachi March"! The third song on the single is a cover of Kazagi Shizuko's "Rappa to Musume." According to wikipedia, "Kazagi Shizuko was a popular Japanese jazz singer and actress. During the Occupation of Japan, she became a mega star singing songs influenced by American jazz and boogie woogie. She appeared in the 1948 film Drunken Angel directed by Akira Kurosawa."

The single comes in two versions, Normal Edition (CD only) for ￥1.223 and Limited Edition (CD+DVD) for ￥1,470. The bonus DVD on the LE will include a clip of the live performance of "Natsu no Daisankakkei" at Chiba Makuhari Messe Event Hall on March 20. It will also include the documentary of the Calpis Water CM shoot.

The first press of "Natsu no Daisankakkei" and PV collection "Library vol.2" will be released in one package called "NICO Nico Pack." Only 5,000 sets will be produced. This very limited set costs ￥3.970.


Jackets for the upcoming releases has yet to be announced. Stay tuned!

If there's any mistake, please let me know. I have read the titled romanized as "Natsu no Sankakukei" in other places, is this the right one?

nicotouch think of the release? Official artist and label websites just confirmed NICO's upcoming new song. As playasia.com had listed earlier, the title of this new song is "Natsu no Daisankakkei (夏の大三角形)."  It will be the latest CM song for Calpis Water, which is scheduled for nationwide broadcast starting March 20 (Tuesday).The following day, March 21 (Wednesday), the song will be available for digital download (Chaku-Uta) at http://recochoku.com/rs/nico/.

Special Movie
It features the boys' comments as well as preview of the song and CM (maybe the PV too?)
http://www.calpis.co.jp/cw/artist/

-edit-
Anyone want to translate news from natalie.mu? Here's the article. Is that a new guitar, Micchan?
-end edit-

No mention of a CD release just yet. I'm pinning on them announcing it during their Chiba live, which is conveniently scheduled on March 20 too.
Collapse